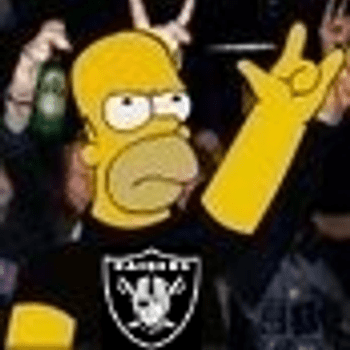 Oakland Los Angeles Oakland Las Vegas, season ticket holder since '93 in LA, sat in the Black Hole for 21 years and looking forward to some desert tailgate parties and gettin' in where I fit in sitting up in section 429.

Do you have questions for Marc Davis?

Log in to ask Marc Davis questions publicly or anonymously.

Marc Davis
olaolvraiders@gmail.com
Posted last month
Ricky's Sports Theater and Grill, long a Mecca for Raiders fans, has been seriously impacted by the Covid-19 shutdown and fans have started a gofundme page. Please visit the gofundme page and donate what you can to help.
https://www.gofundme.com/f/2376113nhc

I am creating this gofundme page in an effort to save Ricky’s Sports Bar in San Leandro, Ca. Without urgent financial help it will not survive. Ricky Ricardo, owner and manager of the restaurant and sports bar, has been afflicted with Alzheimer’s Disease which has been progressive for the past 4 years. His wife Tina has been doing her best to manage the sports bar but the COVID pandemic has kept Ricky’s closed in these recent months. The cash inflow has stopped but the bills, taxes continue. Financial help is urgently needed. This has been the perfect storm of bad luck. Ricky’s needs help I am Dr. Robert Gingery. My Vascular Surgical practice is in San Leandro and over the last 20 years Tina and Ricky have been two of my closest friends. Ricky’s Sports Bar has been a fixture in the East Bay for nearly half a century. It has been home base for the Oakland Raider Nation and the main gathering place to watch and share all the pro sporting events in the area and nationally. Many of us have gathered to watch the Raiders, Golden State Warriors and the A’s over the years. What great times. Rick’s has hosted every kind of event: sports, clubs, local government, hospital groups, business meetings and parties. You name it, they’ve done it. I took a traffic school course there to avoid have my speeding ticket on my record. I have seen Ricky and Tina create a classic place with a warm welcoming atmosphere that is unequalled elsewhere. Ricky’s has more viewable flatscreens per square foot than any other sports bar, I have ever seen. Ricky’s Sports Bar was named one of the top 2 sports bars in the country in Sports illustrated Magazine several years ago. How can we let it go under? My plan is to raise enough money via this crowdfund effort to get Ricky’s through this COVID shut down period and perhaps allow them the funds to open outdoor dining until we get there. Please help. I know none of us wants to lose Ricky’s, one of the classic,iconic sports bars in the USA. I know you will help. Thanks. 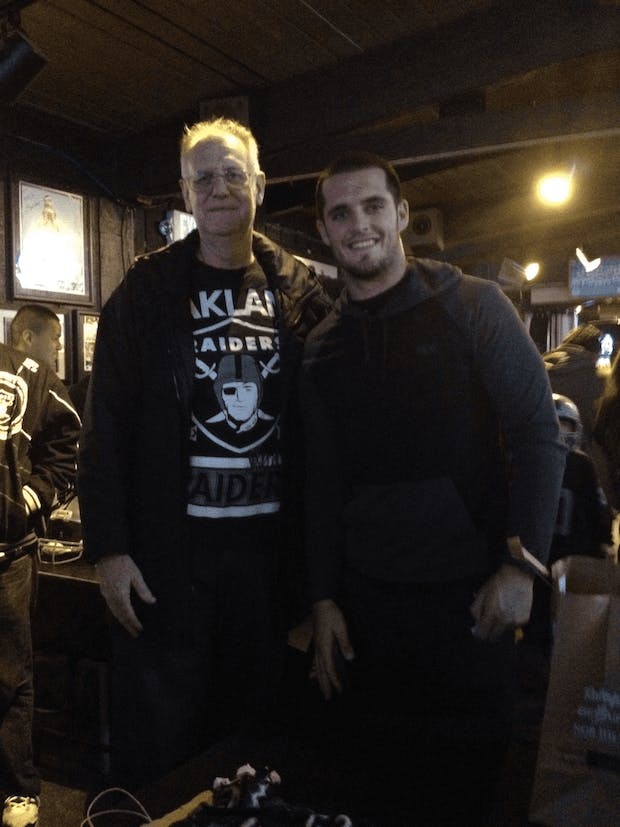 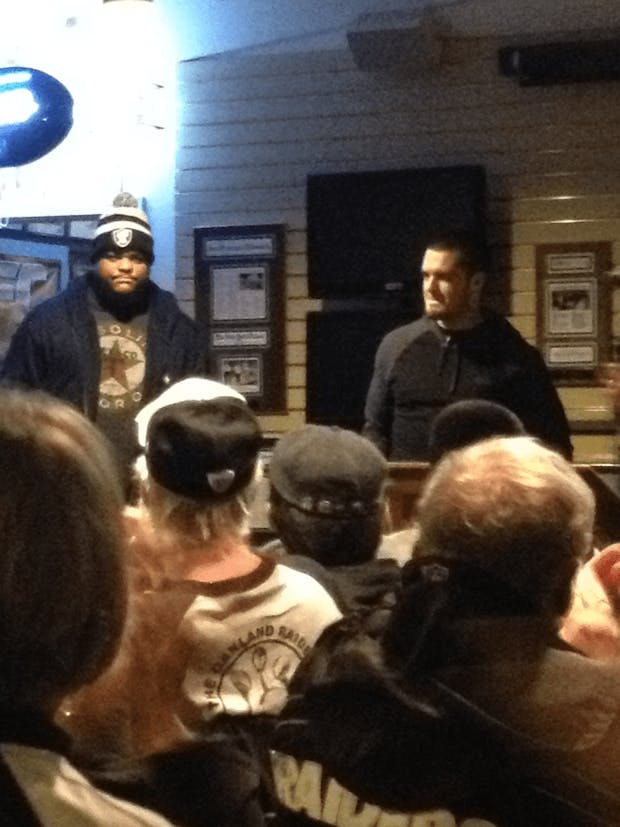 Marc Davis
olaolvraiders@gmail.com
Posted 4 months ago
Thanks Raiders and Nexstar!!

The multi-year agreement will enable KTLA-TV in Los Angeles, KRON-TV in the Bay Area, KTVX-TV in Salt Lake City, KHON-TV in Honolulu, and KGET-TV in Bakersfield, CA, to become the "Official Home of the Raiders" in their respective markets and to air Raiders' pre-season games, The Silver and Black Show, an annual NFL draft special, as well as a special preview of the upcoming season and regular post-game programming throughout the regular season. The broadcasts kicked off in April with an hour-long 2020 NFL pre-draft special.

"Nexstar is proud to be entering into this multi-market, multi-year partnership with the Las Vegas Raiders, adding to our expansive portfolio of agreements with NFL franchises across the country," said Tim Busch, President of Nexstar Broadcasting. "We are equally proud of our association with the executive team at the Raiders and to be bringing live pre-season football and additional programming to more than nine million television households across these five communities. Delivering exciting, high-quality, live sports programming to viewers and advertisers in our local communities is core to Nexstar's mission—and Las Vegas Raiders football is as exciting as it gets. We want to thank the Raiders organization for making this partnership possible and we are looking forward to the upcoming 2020 football season."

"The Raiders and Nexstar are proud to announce a partnership that will bring Raiders content to more than nine million television households in three states," said Raiders President Marc Badain. "The passion of the Raider Nation is unrivaled, and the Raiders are excited to bring team programming to viewers in California, Hawaii and Utah with Nexstar."

Much of the original programming airing on Nexstar stations will be created in the Raiders brand-new Cox Studios located in Henderson, NV at the team's Intermountain Healthcare Performance Center.

"This is an exciting time for the Raiders as they enter their inaugural season in Las Vegas," said Matthew Rosenfeld, Nexstar SVP and regional manager. "Our television stations are equally excited to be the "Official Home" of Raiders' content and it has been a pleasure working with the Raiders front office to create this partnership. We look forward to bringing exclusive Raiders coverage to local viewers and to delivering a variety of multi-platform marketing solutions to our local, national and regional advertisers on a scale unmatched by any other station group."

The Raiders open the 2020 preseason schedule in Seattle against the Seahawks on Thursday, August 13. The regular-season opener is scheduled for September 13, 2020.

Marc Davis
olaolvraiders@gmail.com
Posted 4 months ago
Will the Raiders have a designated tailgate area at the Stadium or will all of the lots be designated for tailgaiting? How do you feel about these prices for 6 games? $40-$125 fair or overpriced? 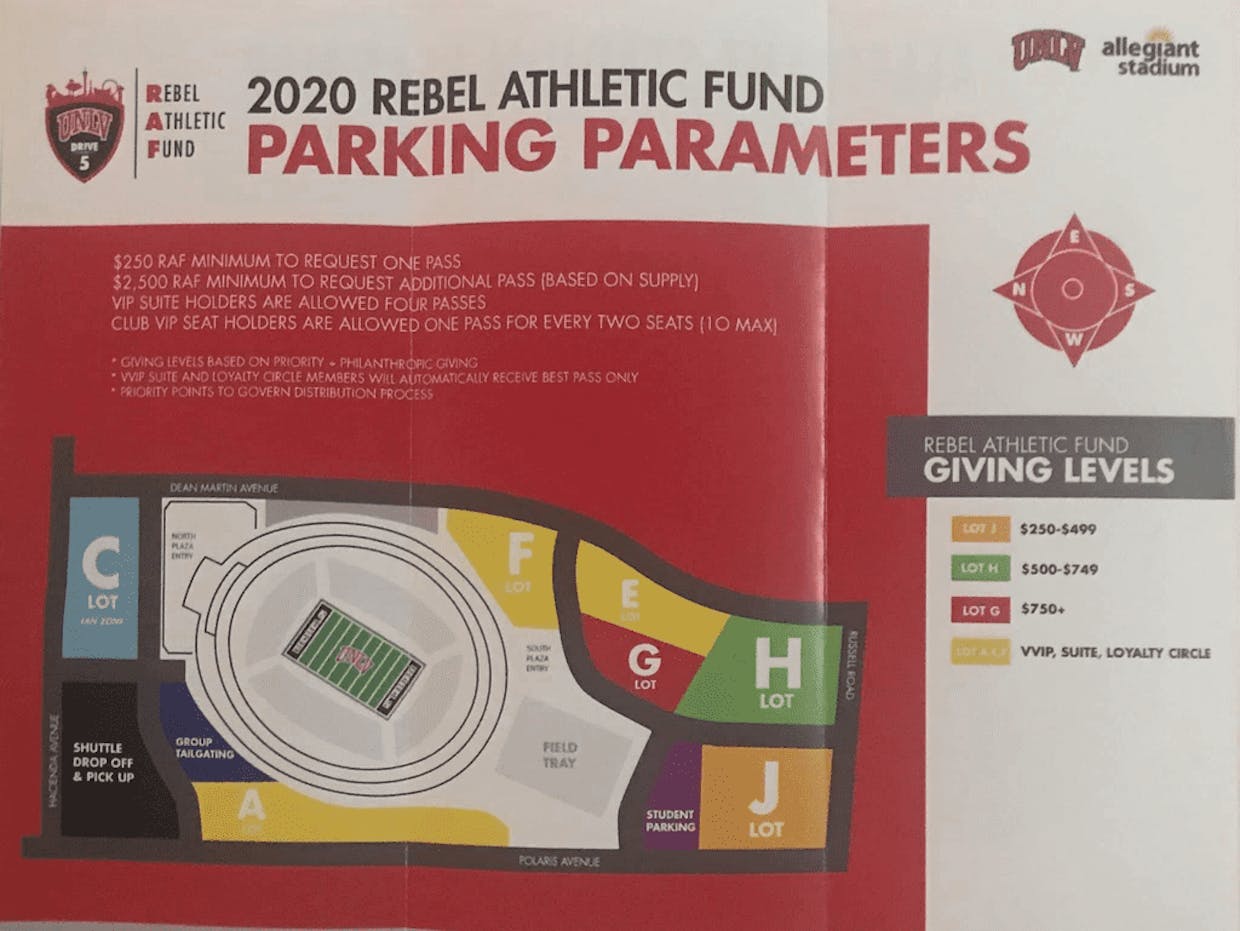 Marc Davis
olaolvraiders@gmail.com
Posted 4 months ago
6 10 AM games. How many will we win?
1 comment

Liked by Larry Pierson and 1 other